The greenway that connects Geneva-Eaux-Vives to Annemasse follows a railroad route, and you can see it without even knowing it. Unlike other greenways, planned or under construction in the agglomeration, the route here is that of a train, since underneath this long concrete slab, the Léman Express trains pass, silent and invisible. Only the crossing of the Seymaz, at Chêne-Bourg, is open air. It gives the measure of what is happening under our feet on the 3.6 km of this first greenway of Greater Geneva: the infrastructure is as deep as a building of several floors. This small section is also an exception in that it is surfaced with a wooden deck. Elsewhere, the ground is treated in distinct strips, according to their use: asphalt for the wheels, stabilized gravel for the feet. In the center, an evocation of the ballast of the old railroad line that used to pass through separates the pedestrian and two-wheeler flows. On either side, a few meters of gravelly soil are planted with mixed species, rather shrubby, with murgiers forming shelters for small fauna. It is at the exit of the Eaux-Vives station that the track displays its most remarkable sequence. In this large sloping curve, it has in its planted margin beautiful mixed alignments of trees with large development. These trees, in the open ground, develop well in a meadow with a true country look. The greenway promises a real landscape here, which is less the case when land constraints make it narrow and confined between high fences. However, the potential to link other public spaces in the communities crossed by the greenway remains. The greenway, in this sense, has not finished its work. Valérie Hoffmeyer 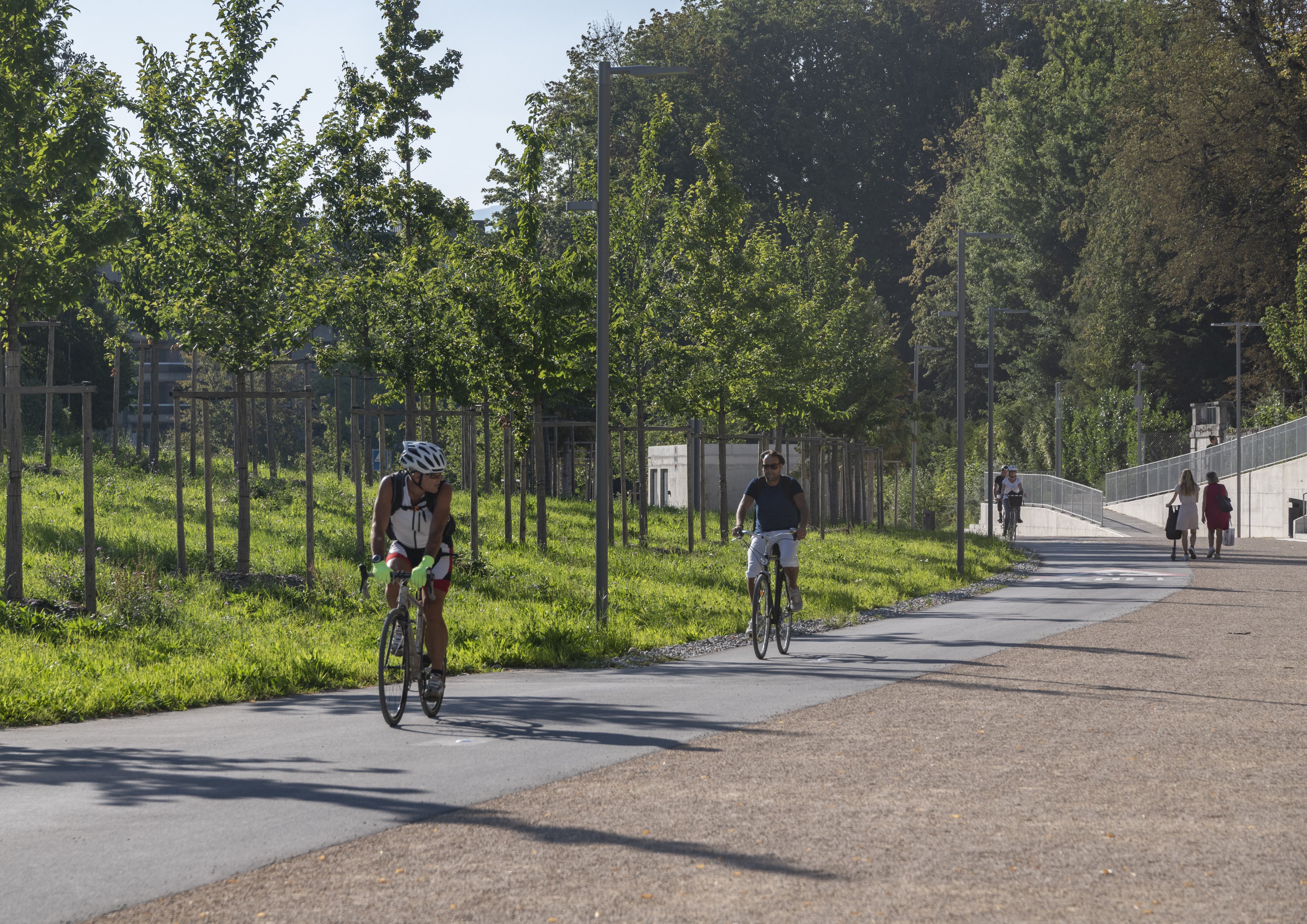 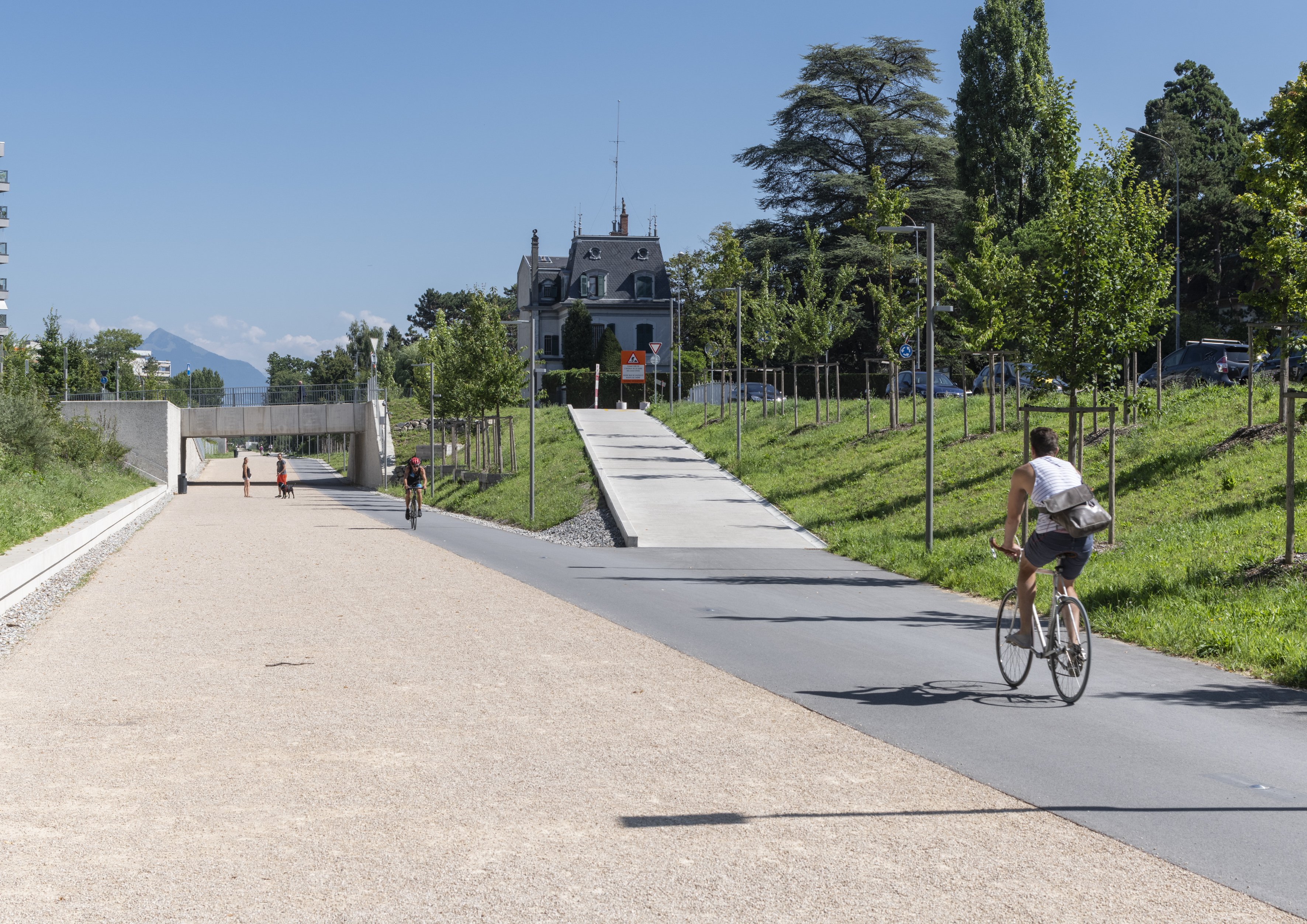 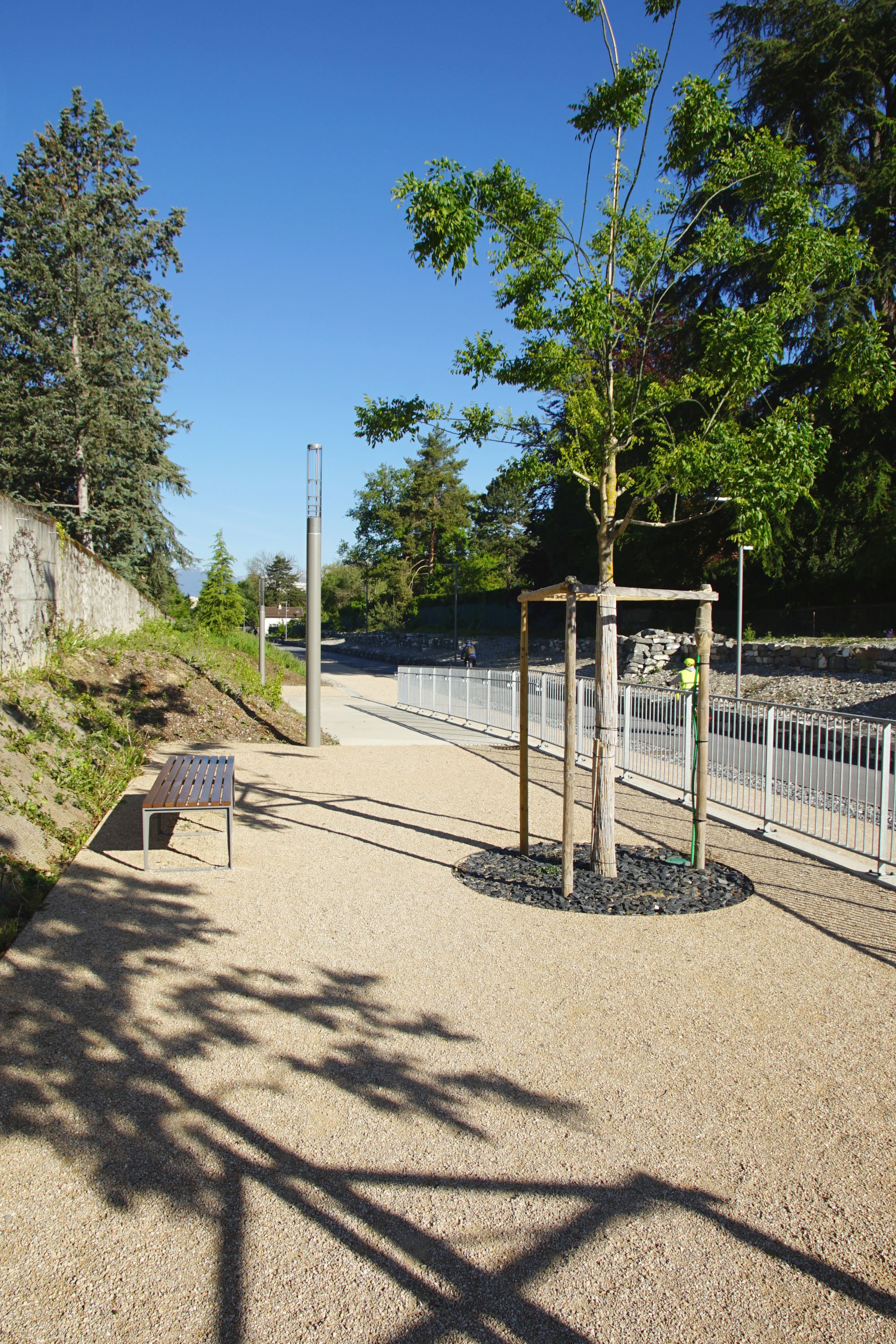 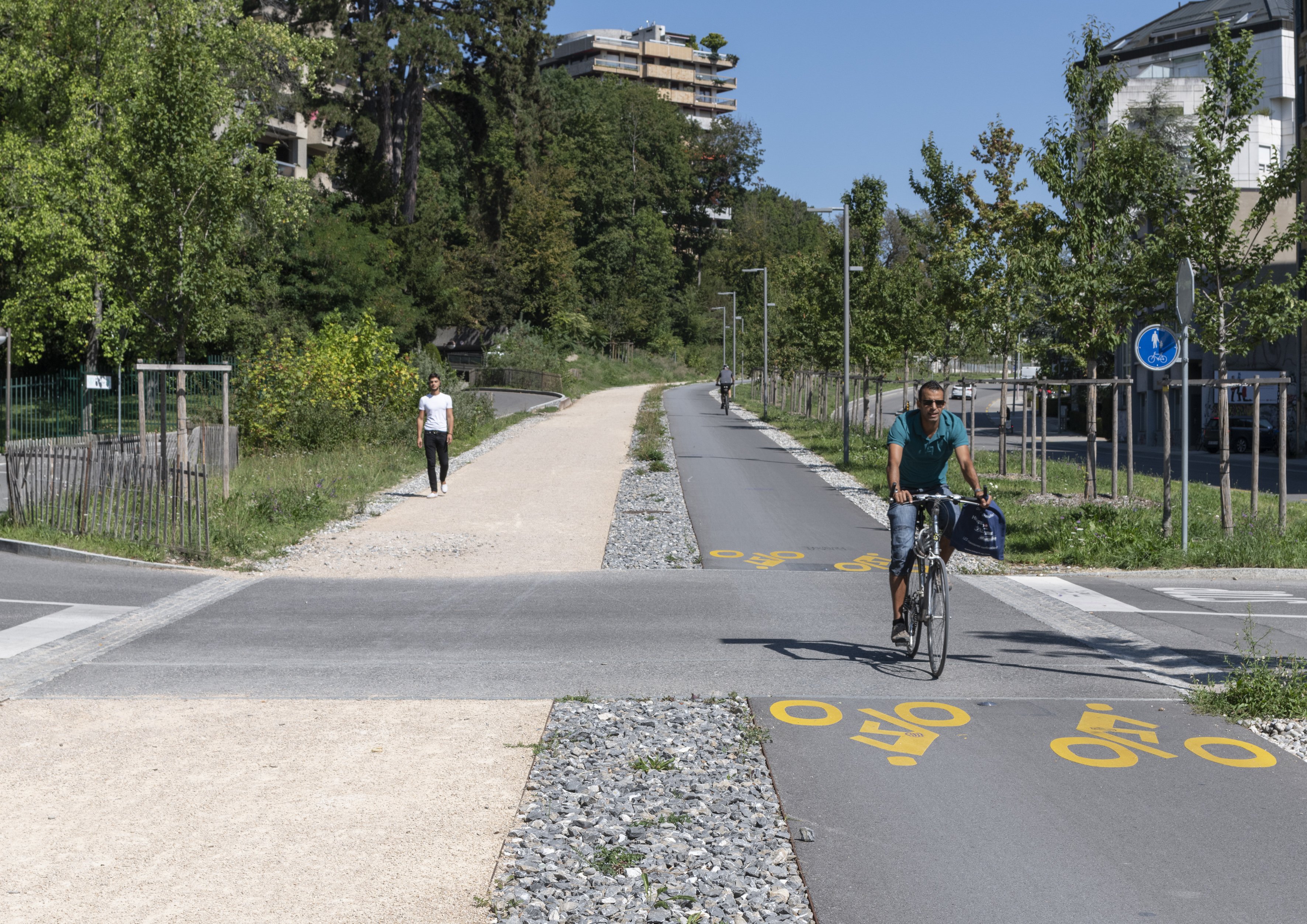 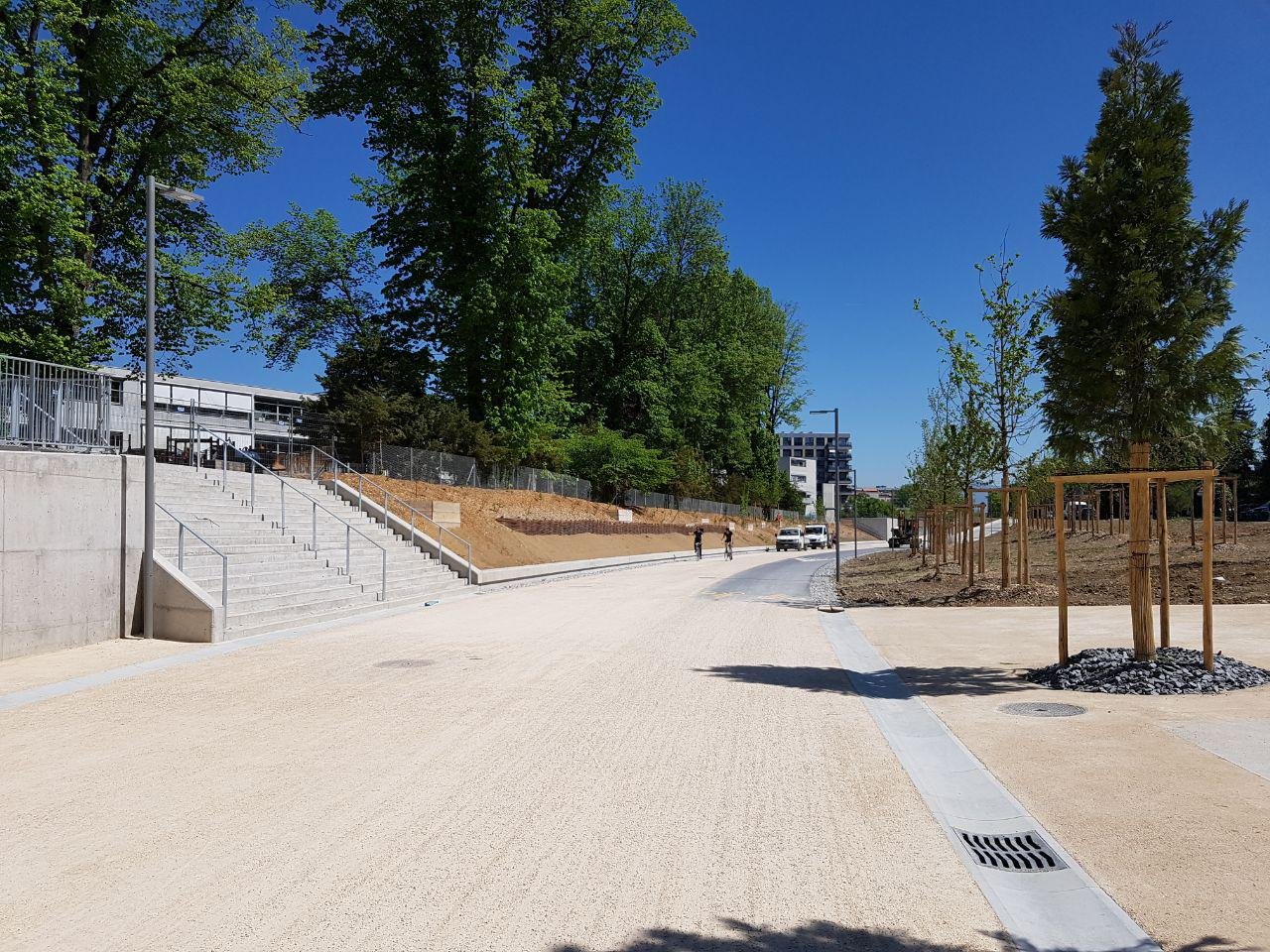