As soon as it opened on June 21, 2019, the public beach of Eaux-Vives was a phenomenal success. From one day to the next, Geneva discovered itself inhabited by thousands of beachgoers, who paced these 4 hectares of grass and gravel filled in on the lake. This oblique quay has spread out from the shore like a fan, or rather like an emancipation from the orthogonal layout of the historical harbor, magnificent in its regularity and whose only festive feature was until then the line of light bulbs that overhangs its perimeter at night. The beach has no garland, but it is a place of parties and pleasures, which are not limited to summer weekends. Each season, each moment of the day invents new ones. To feel the power of the lake in a strong breeze, from one of the four stone piers that go into the water; to immerse oneself gently, by treading the sand or the rolled gravel; to embrace in one glance the whole city, right and left banks together, from the metal pontoon of the refreshment bar. All these simple things, until now reserved for the users of the Bains des Pâquis across the street and for sailors, have become possible for the majority of people. Like any major project in Geneva, this one is the result of a long debate between positions that have always been irreconcilable: the heritage community, refusing to denature the historic harbor, and the nature community, wanting to renaturalize it much more than the reedbed area that was finally conceded. Not to mention all those who had - and still have - an opinion on the best possible design, the right number of trees or the nicest toilets. The beach may not have won on all fronts, but it is unanimous on one: it has revealed an immense thirst of the inhabitants of the Greater Geneva for the lake and the stay on its shores. In this, it perhaps prefigures what Lake Geneva could become one day all around it, a public space, open and accessible to all. Valerie Hoffmeyer 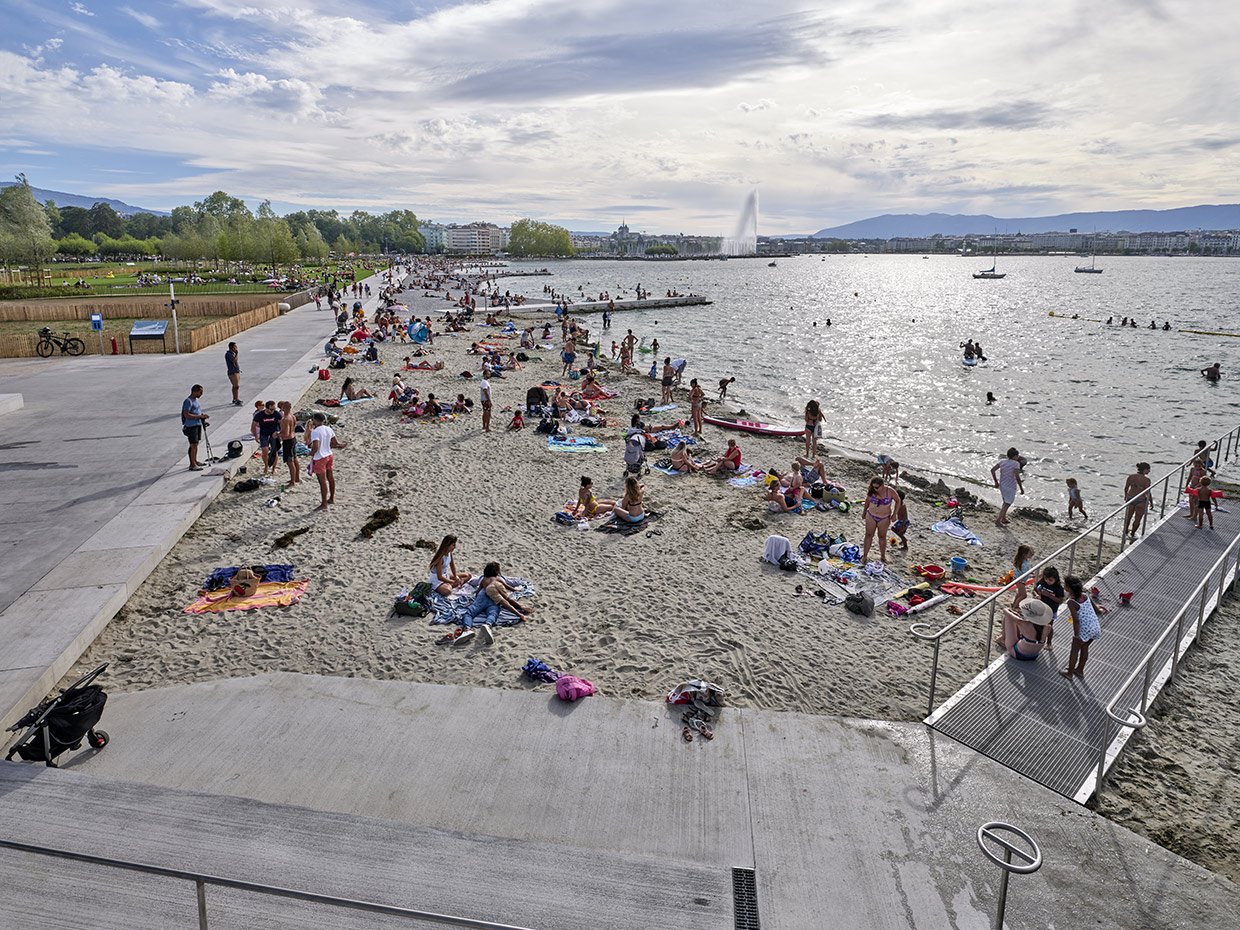 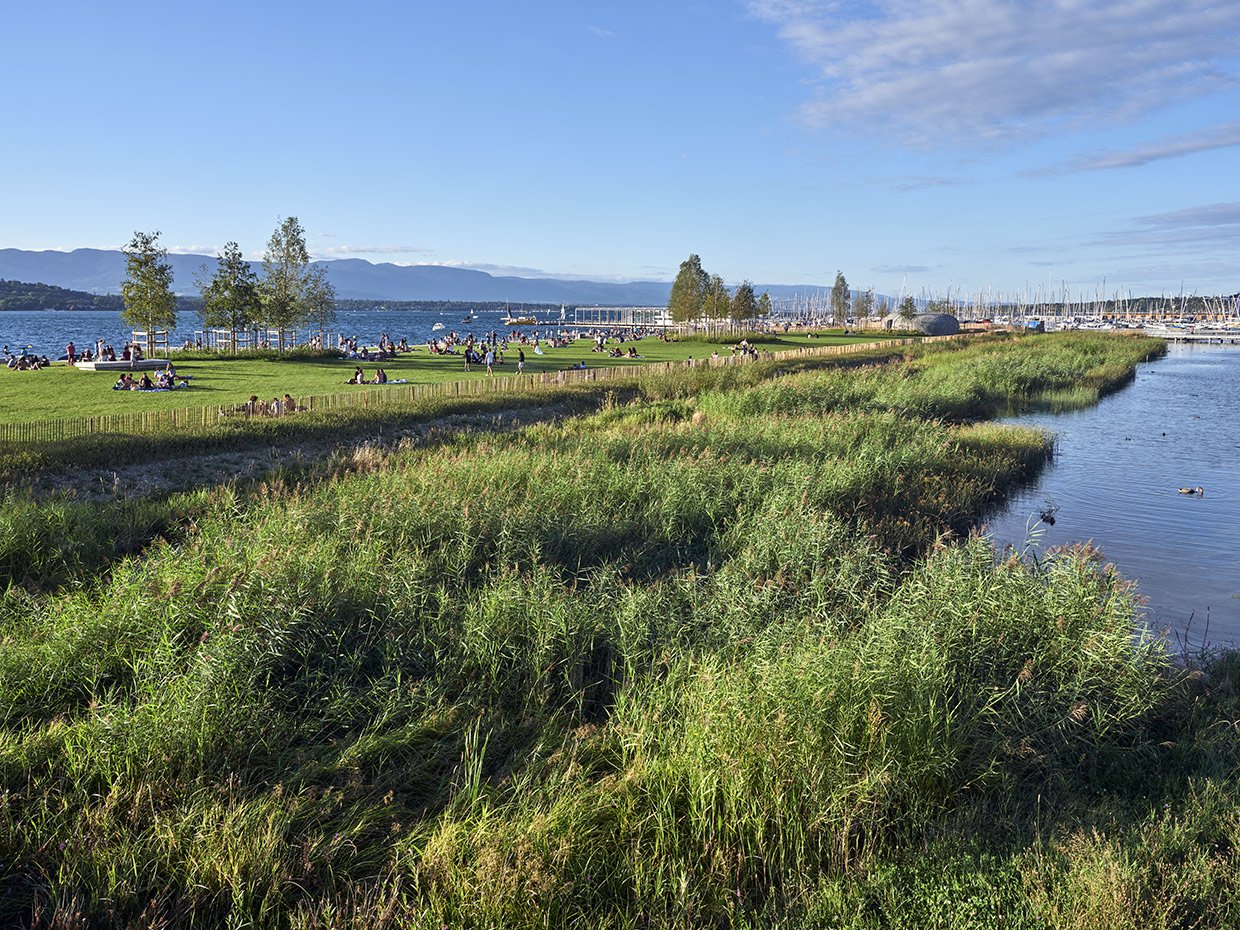 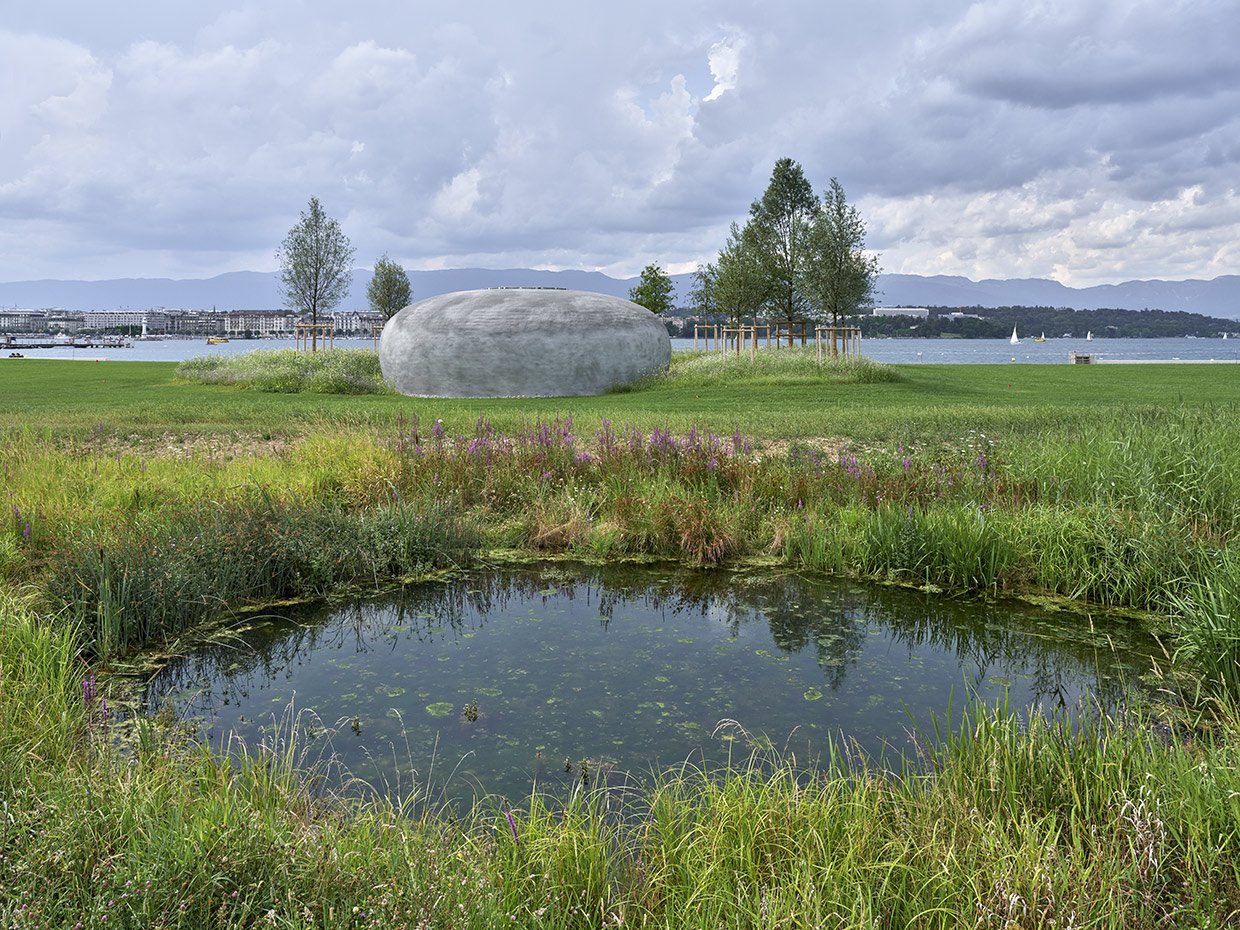 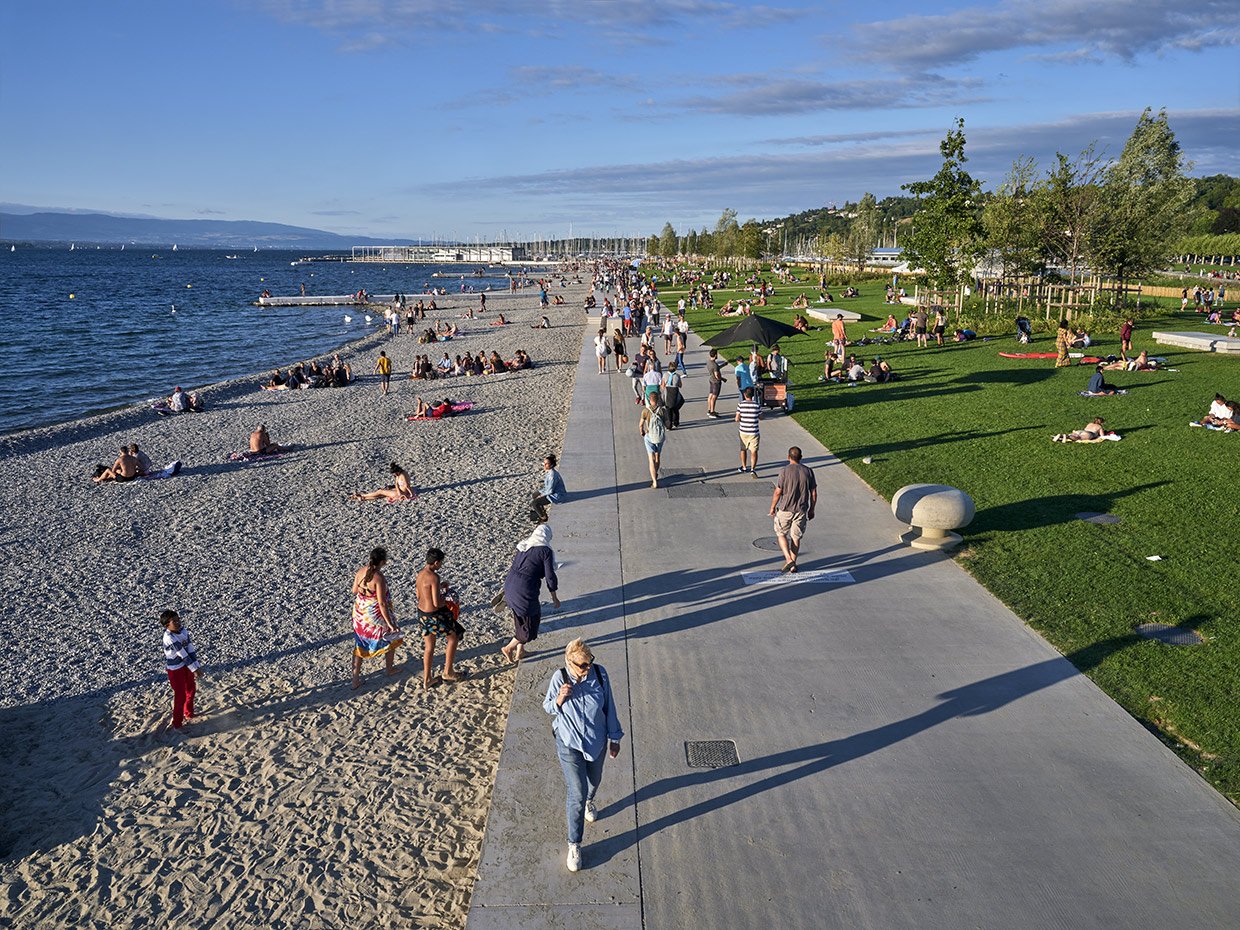 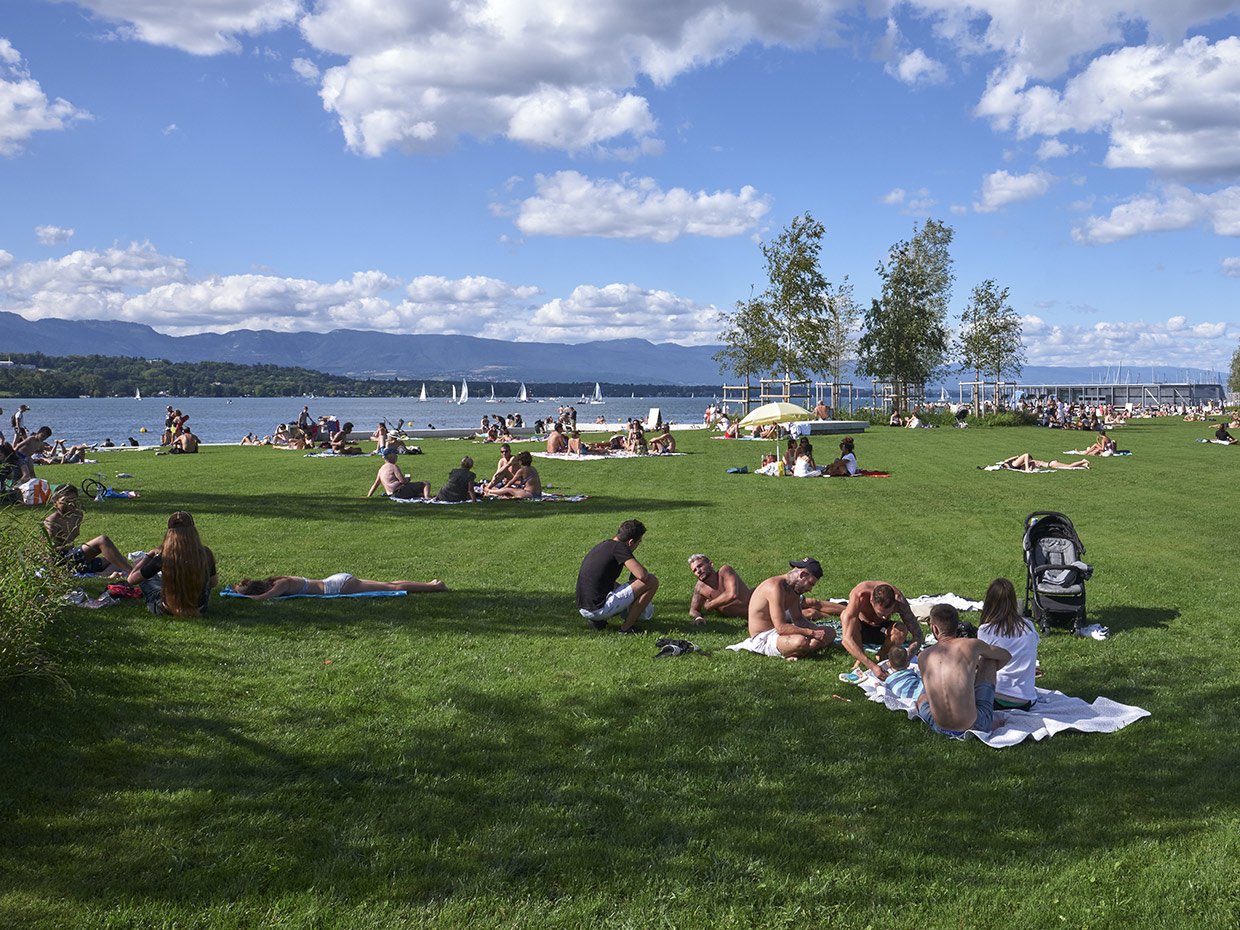