The challenge was a bit crazy at the time of the competition, in 2013: to plant a forest in the public spaces of the future Champel station, with the enormous constraints induced by a station and a train underground. Inspired by the militant gesture of the German artist Joseph Beuys in Kassel and his 7000 oak trees (1982), the authors planned a frankly invasive plantation of a characteristic species of the Geneva landscape, occupying the entire territory of the station and beyond. From this strong intention remained 47 islands planted with 185 oaks, with shrubs and flowers at their foot. Overall, the image is strong and legible, even if it is far from the idea of a forest. The islands are cells raised above the paths. Their undulating contours are materialized by anthracite colored borders, between them a network of black asphalt paths runs. Benches are inserted in the curved geometries, and a string of lights provides lighting. Described in this way, the layout could appear banal, but it is not. The rather rough line of the borders, the choice of multi-stemmed oaks rather than stemmed ones, necessarily a bit heavy given the number, the relief of the islands and their slopes sometimes too steep, the undergrowth too garden-like, nothing finally goes in the direction of the promised forest and even less in that of a nature that would be transposable in the city. But there is in this project an atmosphere that is both gentle and rebellious, very changeable over the seasons and even over a single day. You have to have experienced the sweet poetry of the place one November evening, as you leave the station, when the silhouettes of the oaks float in the misty halo of the garland, to know that this development will remain outside all the norms of contemporary public space. A rare pleasure. Valérie Hoffmeyer 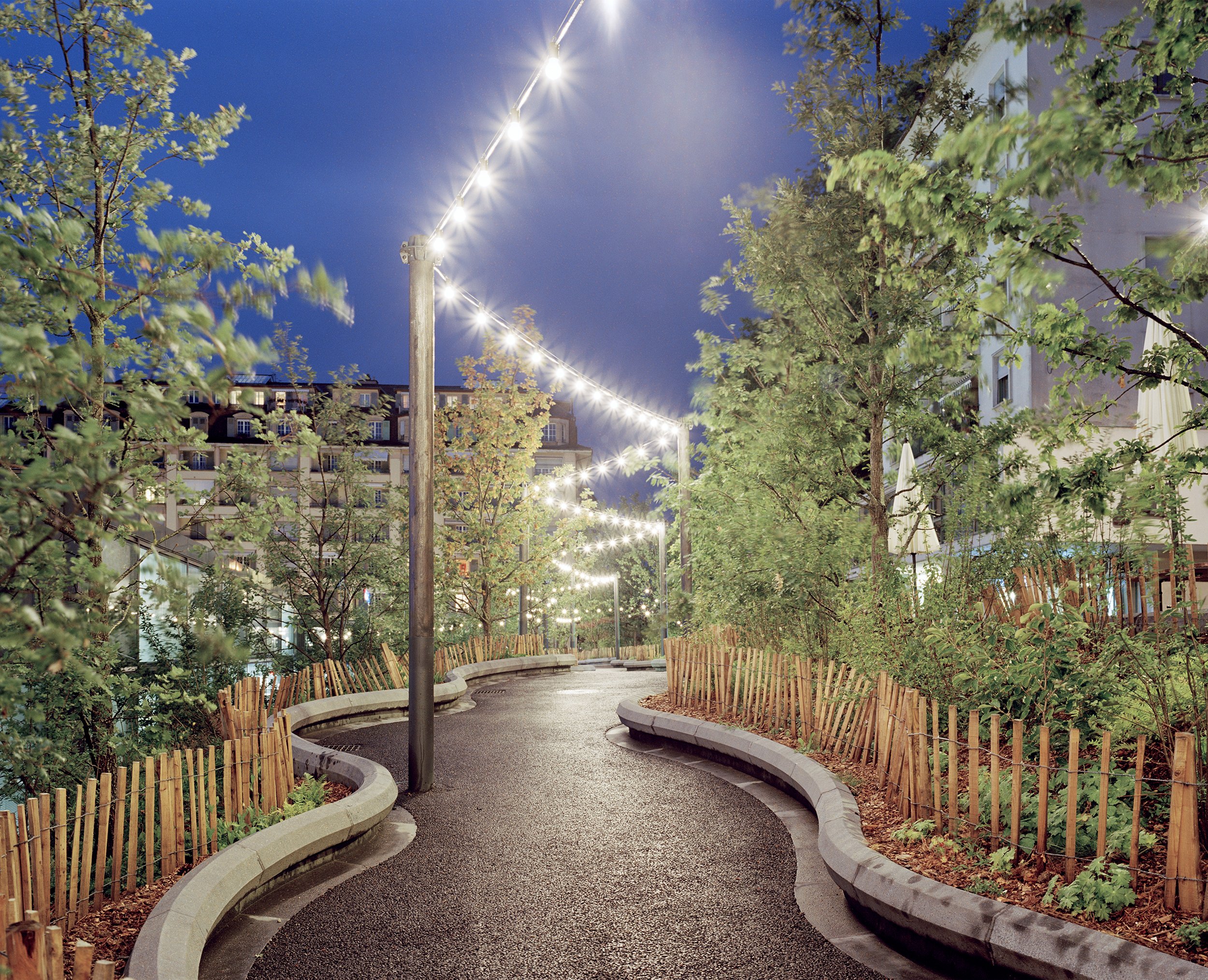 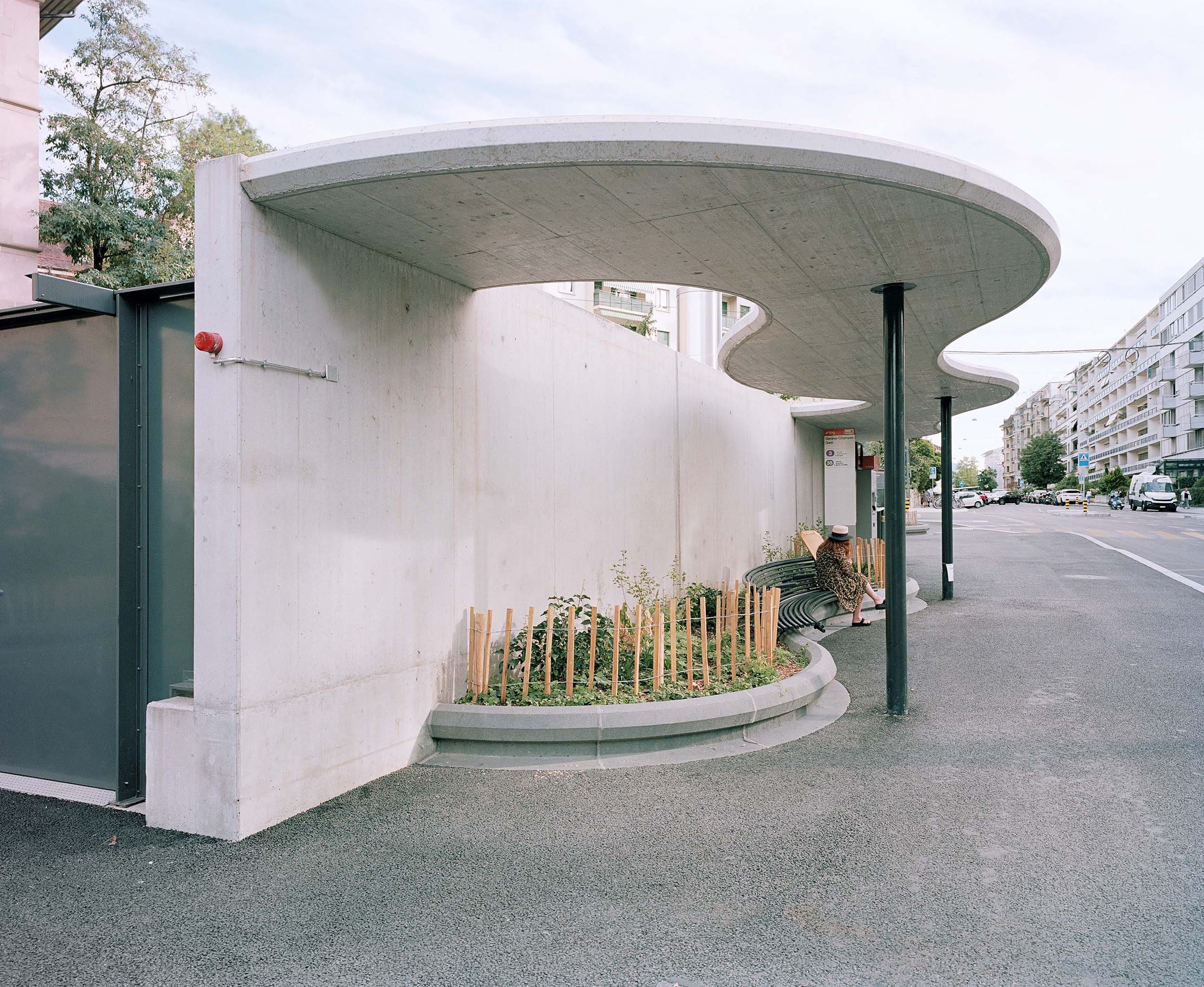 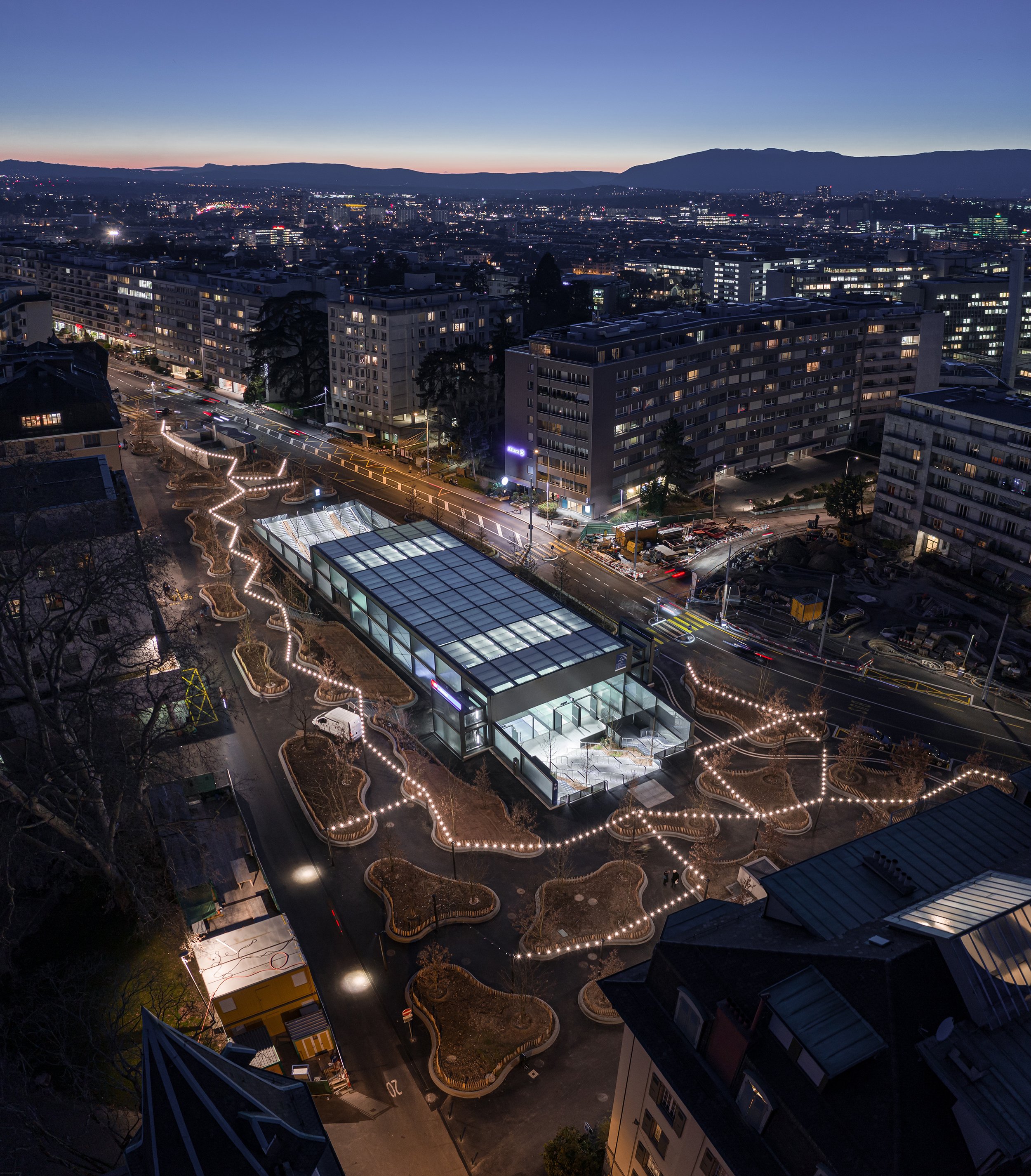 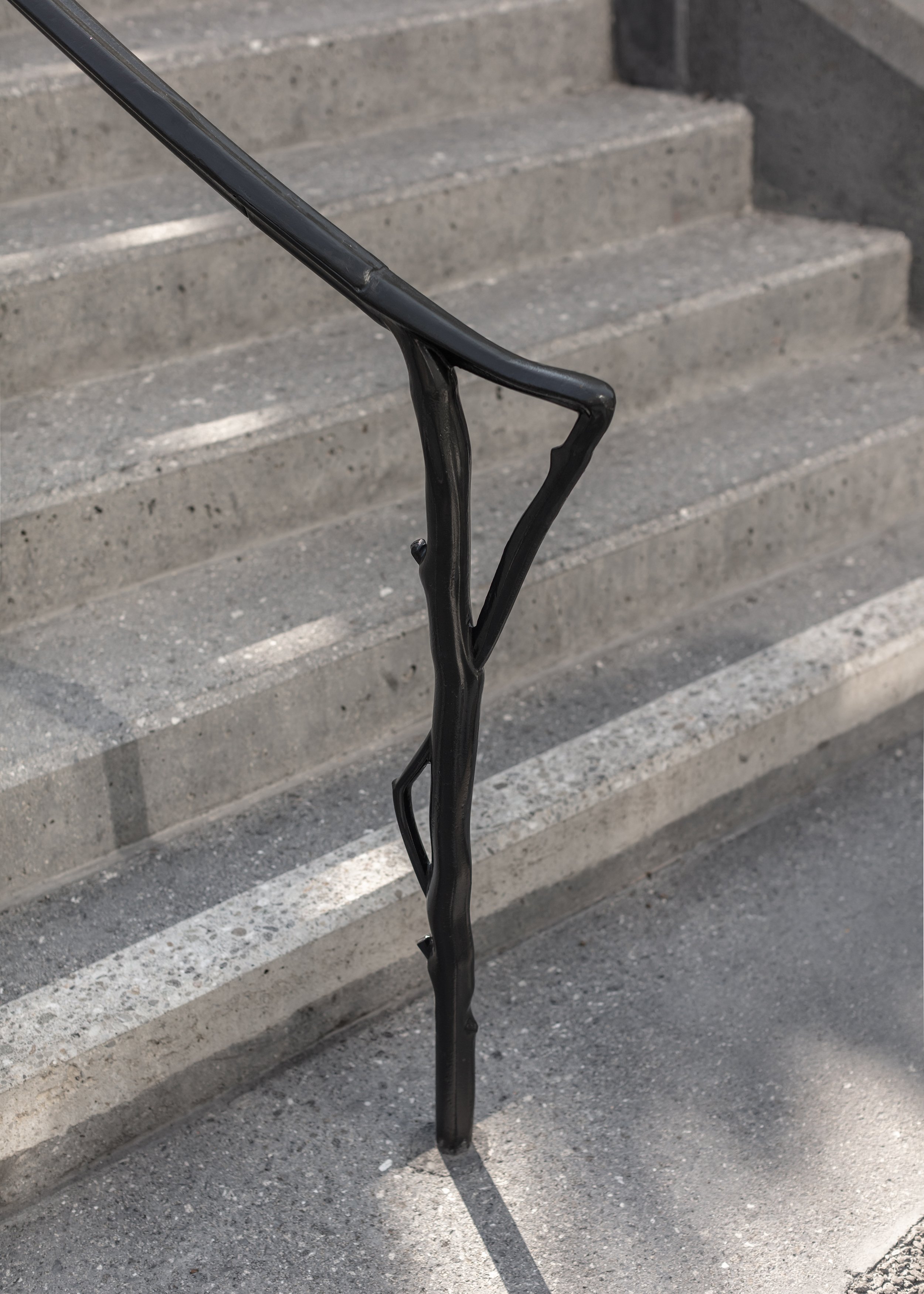 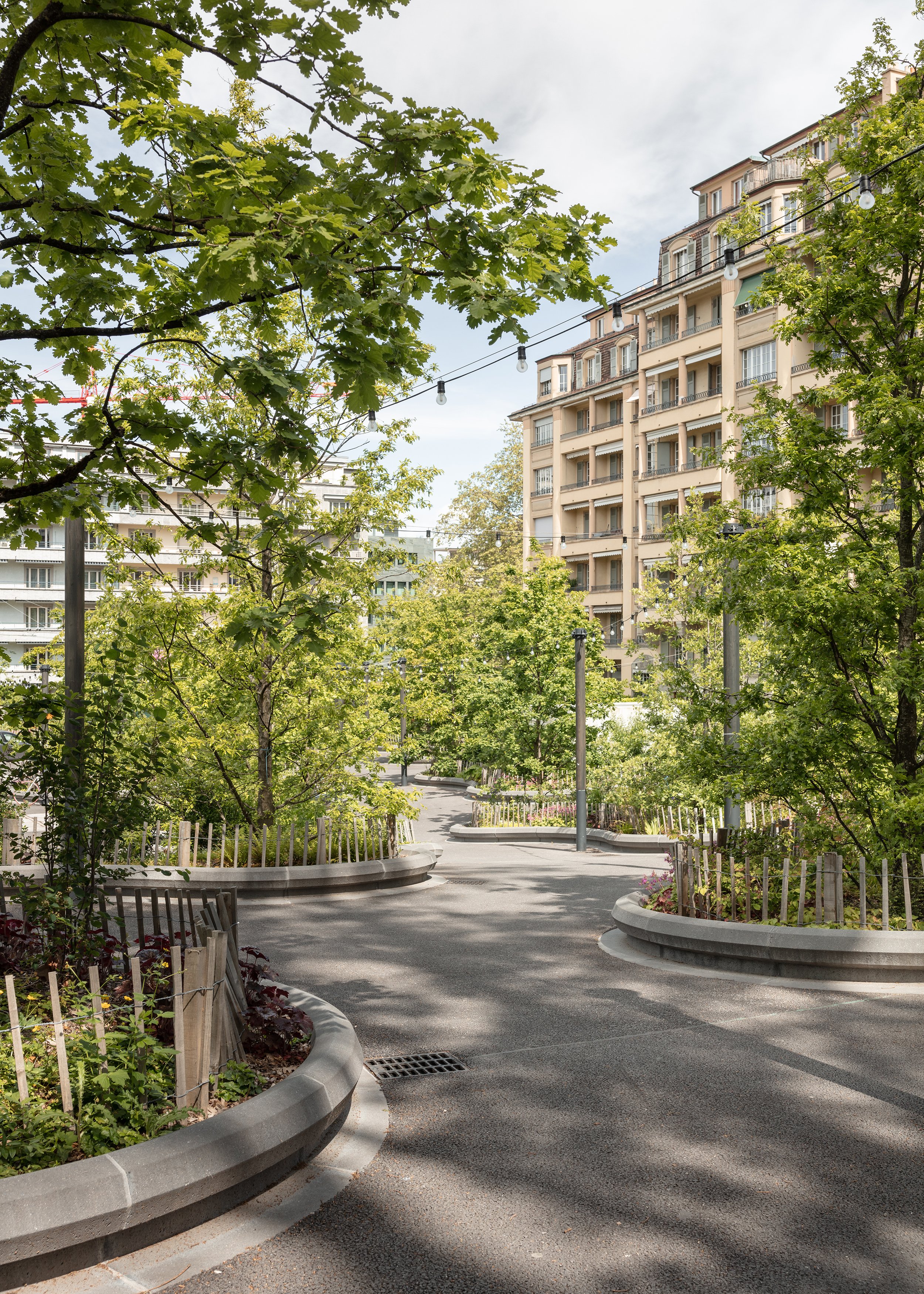