The history of Cornavin station resembles that of the Palace of Nations (Palais des Nations), built in similar circumstances and involving the same players. Indeed, in 1926, after two architectural design competitions which were the subject of controversy, the mandate was finally entrusted to the architect Julien Flegenheimer, also the co-architect of the UN headquarters, whose highly academic project, finalised in 1931, has lasted until now. Following numerous transformations, the CFF decided in 2003 to modernise the interior. The project restores to its original state the main façade and its bas-reliefs, along with the great hall, its conservatory and wall painting, elements listed as Geneva heritage. The main works will concern the east wing, where the cross section uses the same principle as in the west, that is to say natural light from above from the platforms. This system allows the creation of a new spatiality. The works, spread over more than four years without ever interrupting traffic, allowed more than thirty shops to be created and restored dignity to this building. Golden Indian granite is widely used on the ground, walls and ceiling of the east wing. Full-height glazed surfaces dialogue with this mineral finish. The new double door into the central hall is the work of the Geneva artist Carmen Perrin. Its gentle, coloured forms are in contrast with the academism of the original building. 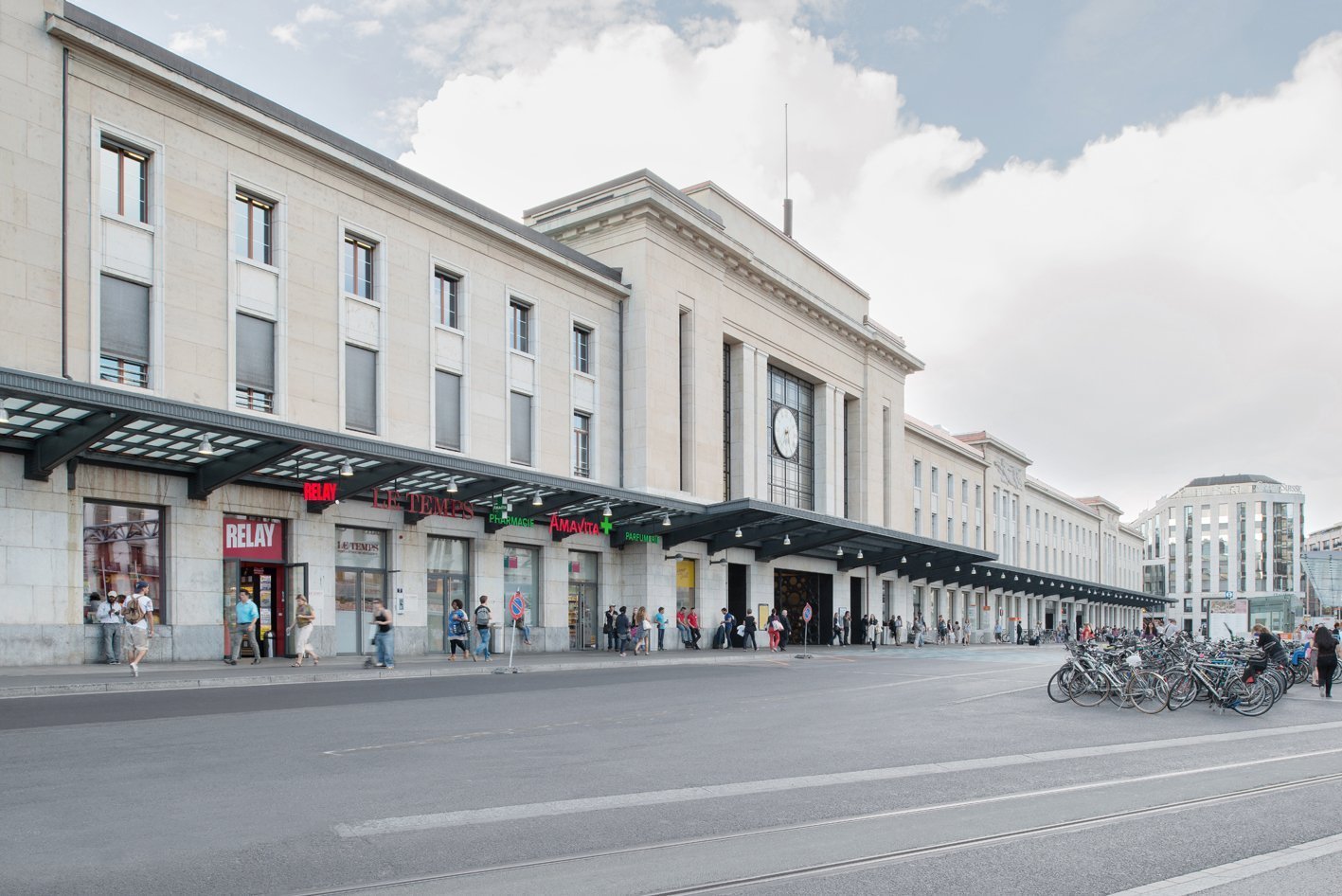 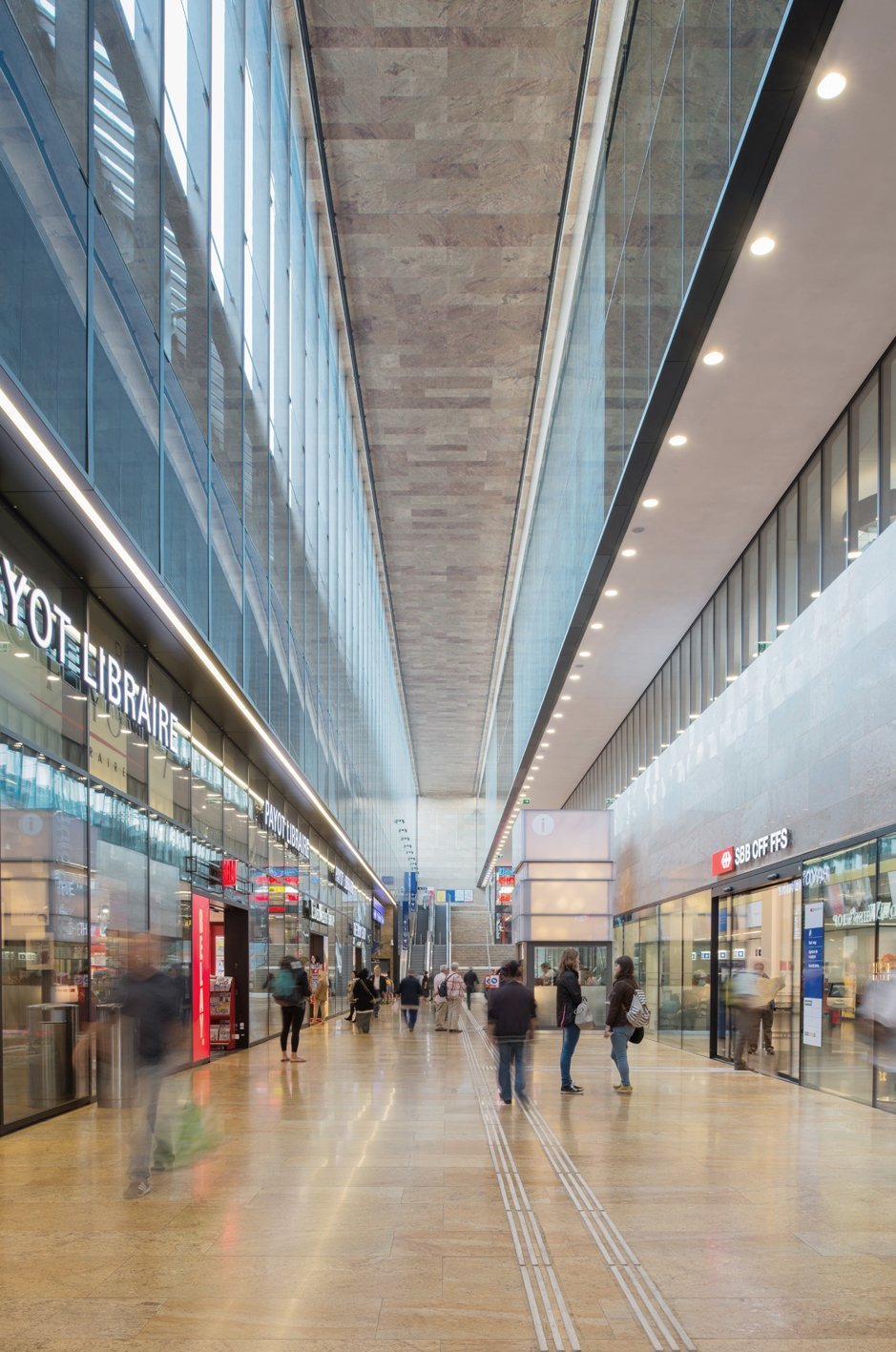 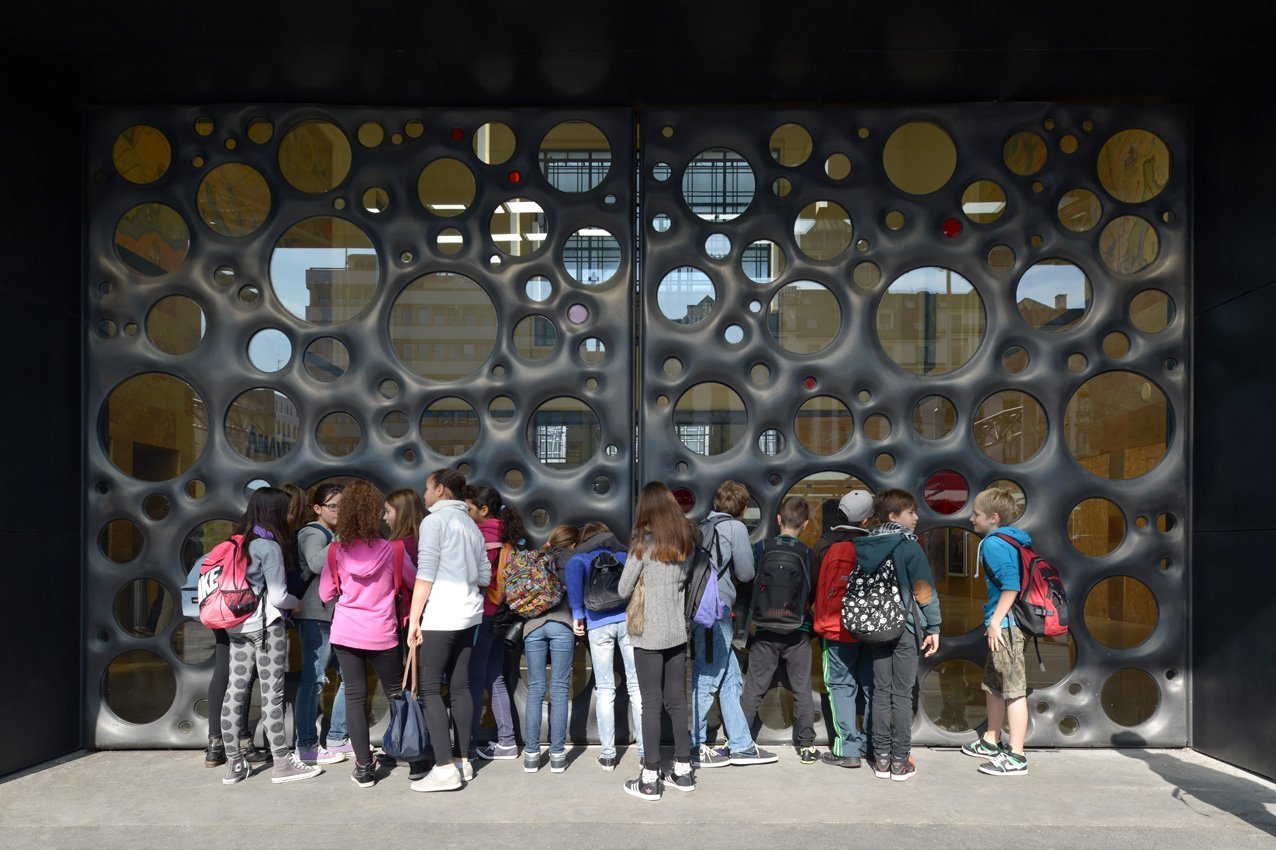 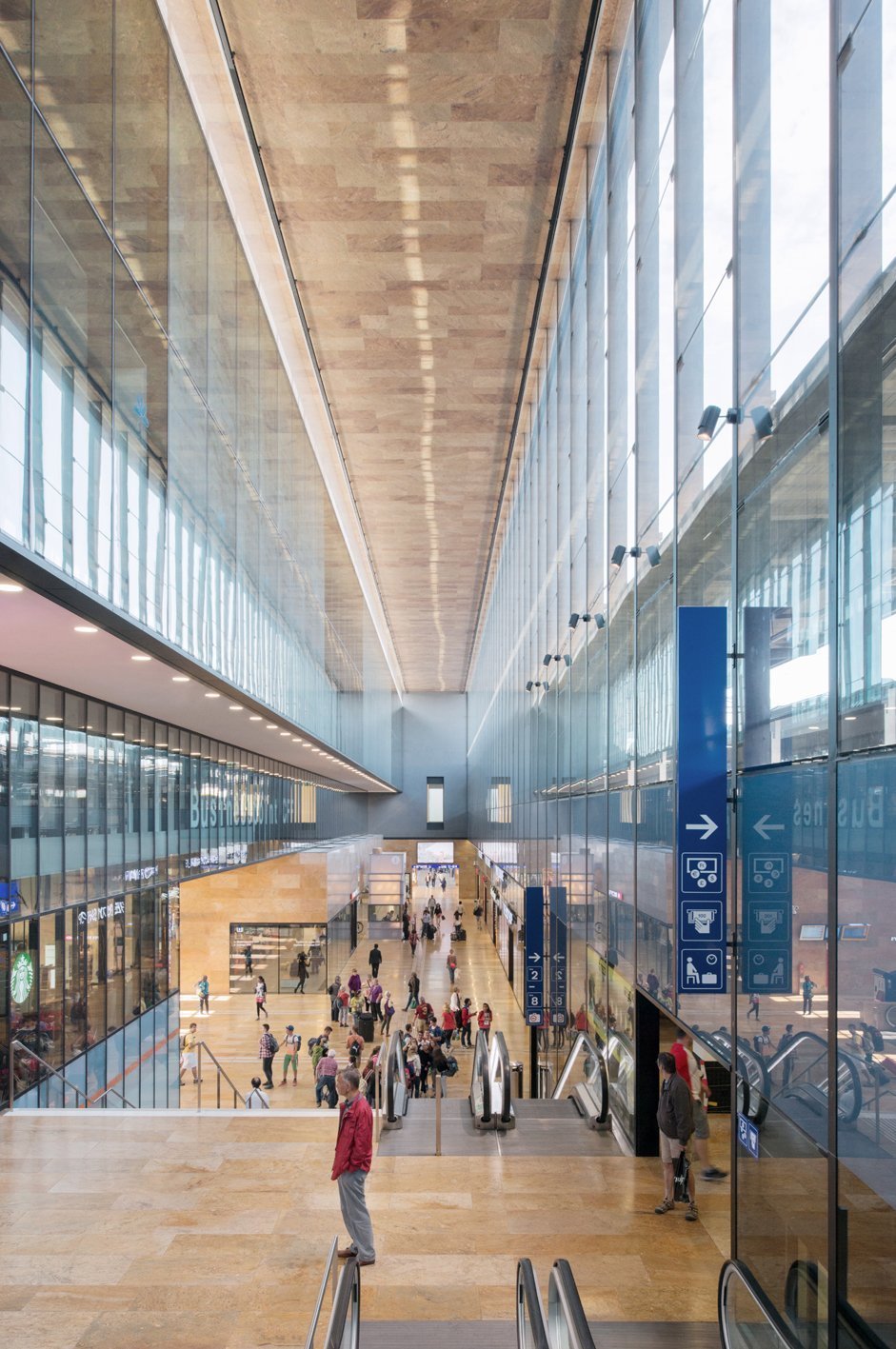 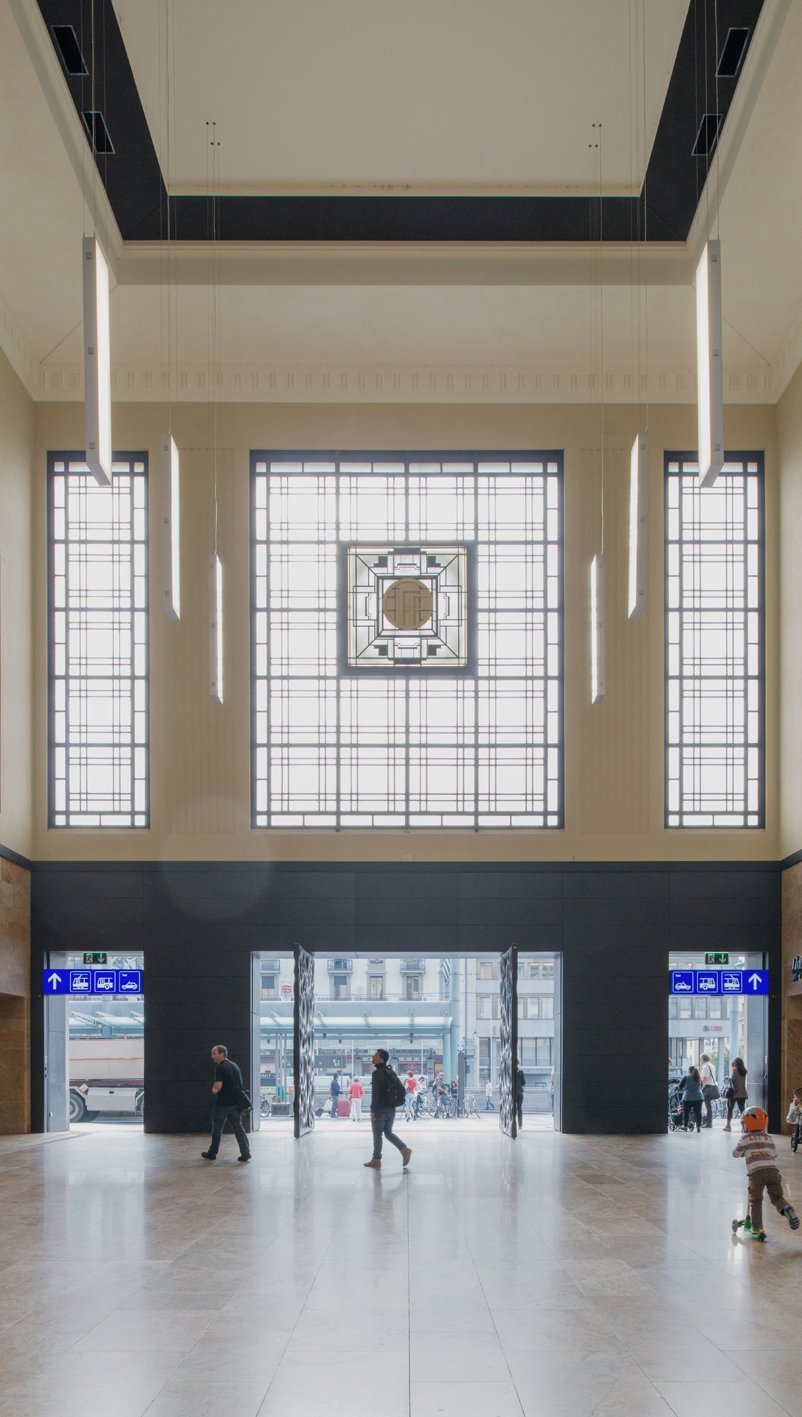