Here was a parking lot. The idea is hardly conceivable today, so much so that the Place des Grottes is the "place of places" in the city. Like many other squares, it was revealed once the cars were excluded. It became possible once again to let children play there and to develop activities, notably those of the Maison verte which borders it and gives it part of its identity as a neighborhood. And then there was the idea of moving the weekly market from the morning to the end of the day. Offering wines and cheeses in addition to the traditional market garden products, this market has become a local institution that is very popular with a public that, for once, brings together the local and the international, the young and the commuters. Just a stone's throw from the Cornavin train station and in the heart of a real neighborhood, the square is a place that worked very well before its redevelopment, and not only on market days (Thursdays). This makes the operation all the more delicate. A participatory approach was carried out beforehand, where we listened to people's desires: more trees, more space, more modularity. A place for everyone, in short. The project revises the ground, with a swept concrete paving and a square asphalt core. The large fountain is moved upstream from the square, in the perspective of the streets. Nine trees, cherry trees, are surrounded by solid wood furniture. Simple, effective, robust. Valérie Hoffmeyer 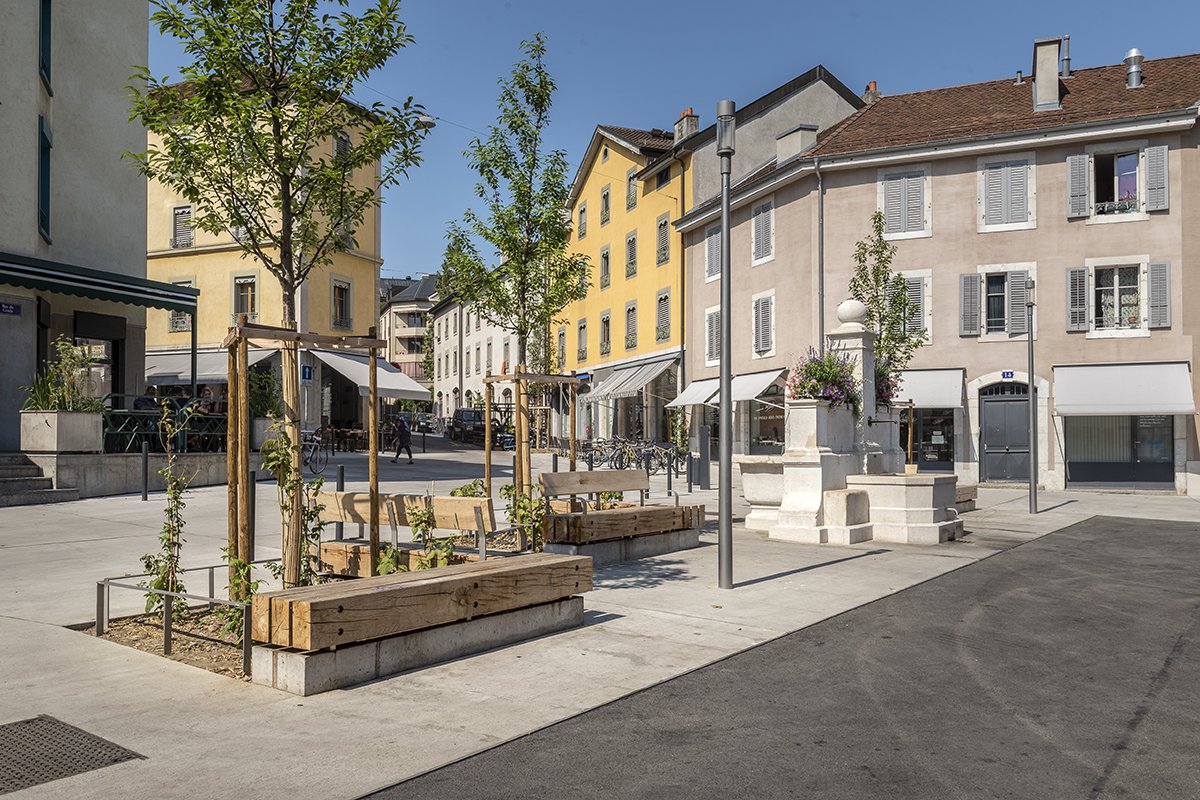 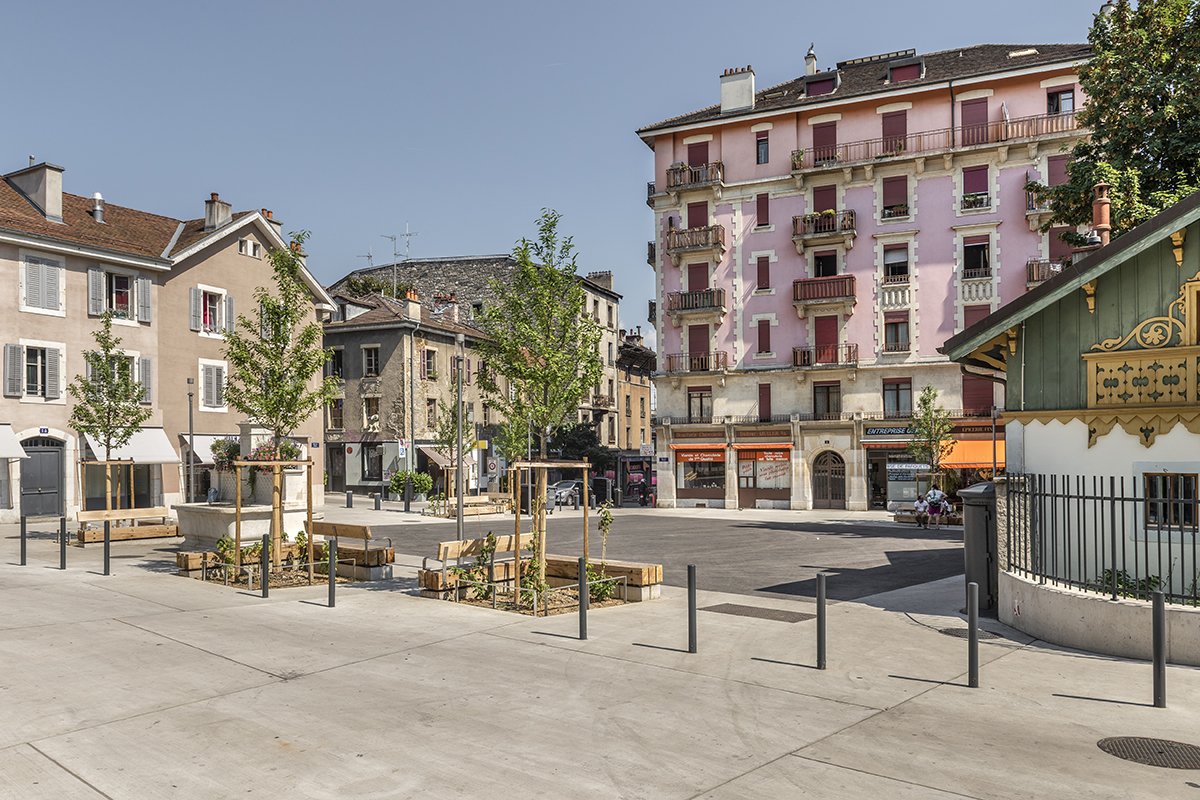 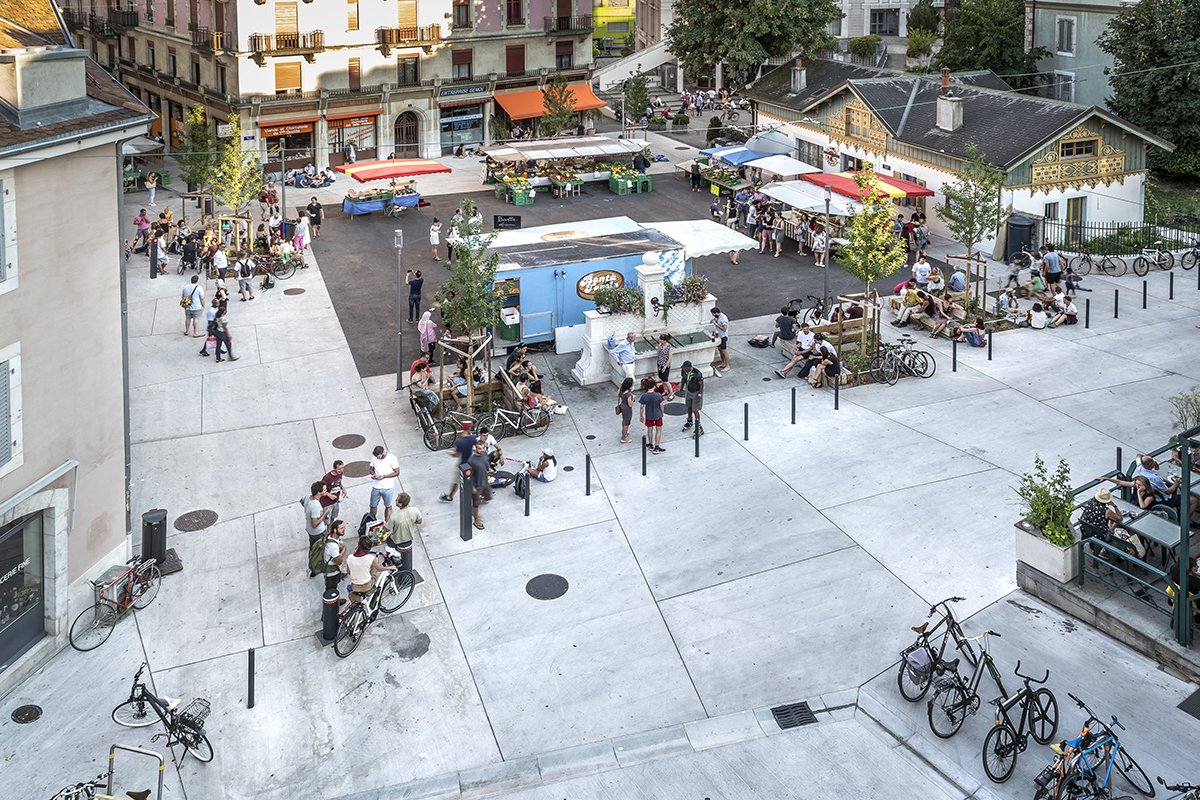 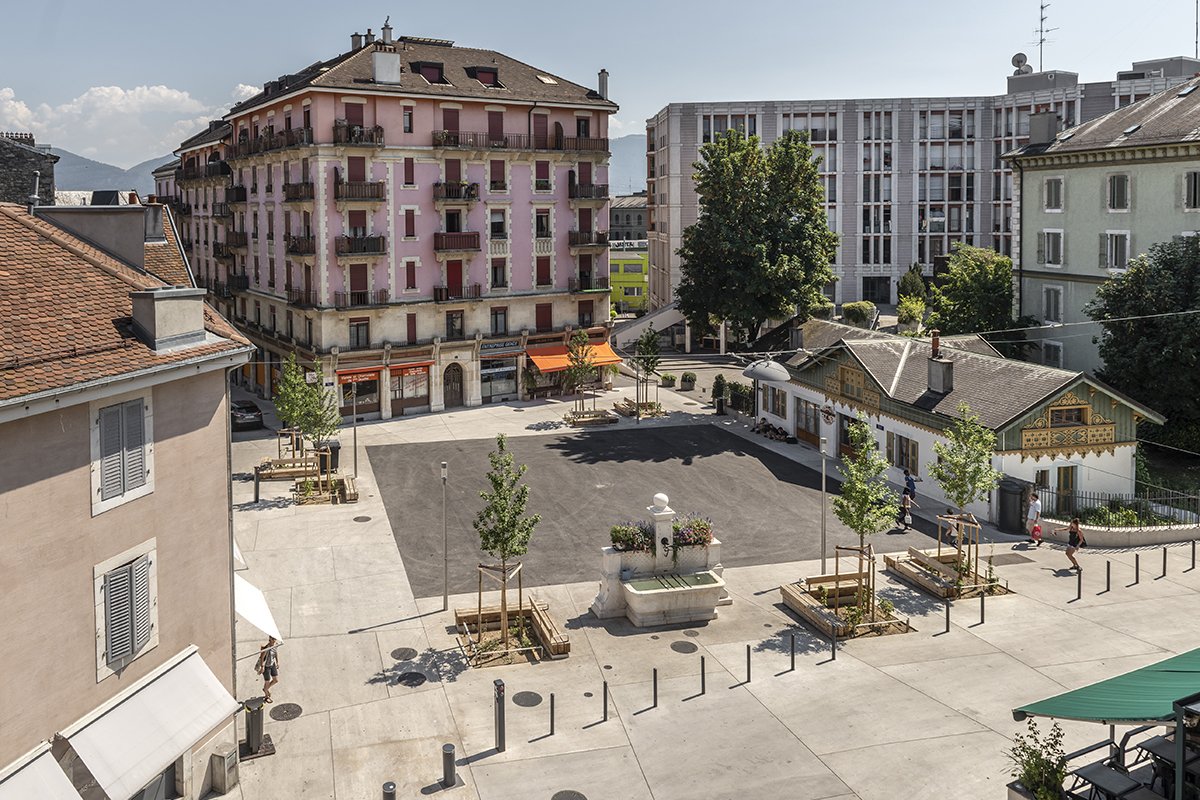